"First made in '60, and for long called 'poor man's Grange', a strange name for a $90 wine. It's always been a varietal and regional blend, once matured in hand-me-down Grange barrels, but no longer. There is much conjecture about the amount of Dom Perignon made each year, and the same is true of this wine. A bottle number could cause embarrassment. It's seriously good, its palate of black fruits, licorice, oak and earth held tight by tannins as only Penfolds can make." - James Halliday

"This has some real poise and depth in the glass; it's inky dark and deeply colored. The fruits are in the boysenberry, blackberry, plum and blueberry spectrum, and there's plenty of black tea as well as hints of bergamot. It's wine with a wealth of oak-derived spices and a coal, smoky, savory edge. The palate's plush and ripe, opening out over fleshy dark-fruit flavors in a soft and charming mode. It then charges up with plenty of rich, ripe tannin and remains long and saturated through the finish. Balanced and rich, it's really satisfying, holding succulent and on point. Best from 2020 and for more than a decade after that. This is a great 389. A 53%/47% split in 2014: sourced from Barossa Valley, Wrattonbully, McLaren Vale and Coonawarra." - James Suckling

"Peter Gago announced this as officially Australia’s most cellared red wine and it’s not surprising, because it synthesises the classic Aussie blend of Cabernet Sauvignon and Shiraz, here 53% and 47% respectively, with American oak. There are savoury, tapenade-like notes here, mingling with sweet cassis and vanilla. This wine displays a textured finesse with a berry and chocolate complexity and an elemental, bitey finish." - Decanter

"Completely locked down nose, carefully tuned tannin which is so very fine that it has better drinkability than the 2012 – though it really deserves ageing because the flavour profile is so very dense at present. Hard to pick out individual flavours, but it has the conviction that leaves little doubt of its potential." - Jancis Robinson 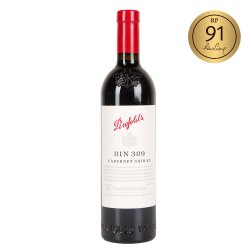 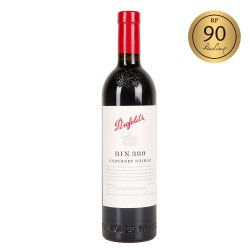